The department’s collections and research provide the basis for specialised, authoritative scientific information to a diverse group of local, national and international audiences. 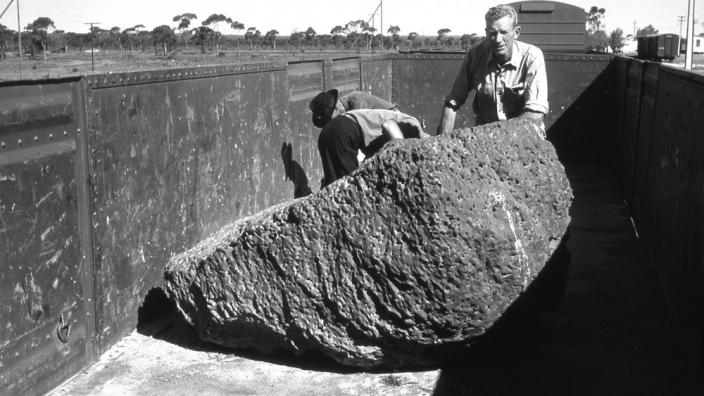 Loans of material to bona fide research institutions facilitate research world-wide, some of which is carried out in direct collaboration with staff. The results of scientific research are published widely (in both academic and popular publications) and the collections are used to develop informative exhibitions and other public programs.

The representation of the collections is maintained by collection, exchange, purchase and the acquisition of gifts of well-documented material.

The department's collections contain material that formed the Museum's initial collection in 1891, including historically significant material, such as:

The important Meteorite Collection is held under a statutory obligation laid down in Section 45 of the Museum Act (1969 as amended in 1973), whereby meteorites belong to the State, and ownership is vested in the Museum.

The fossil collection is the repository for fossil species described from the State and other localities worldwide. This collection holds taxonomic and stratigraphic (rock layers and layering) material that is representative of Western Australia’s palaeobiological (the biology of fossil animals and plants) evolution and geological history from 3.8 billion years ago, right through to just a few thousand years ago.

The mineral collection is dominantly sourced from Western Australia, however, there are a large number of minerals from localities worldwide that are held for reference and research purposes. Mineralogical work concentrates on the geochemistry and origins of mineral deposits in Western Australia.

The meteorite collection is recognised internationally as one of the most significant in the southern hemisphere. Excitingly, a large number of meteorites recently collected from the Nullarbor Region of Western Australia remain to be classified and could greatly expand our understanding of meteorites. These planetary materials are used to research the birth and early evolution of the Solar System.

The collections are used extensively by researchers from industry, State and Commonwealth agencies, universities and museums, both nationally and internationally, and the general public.