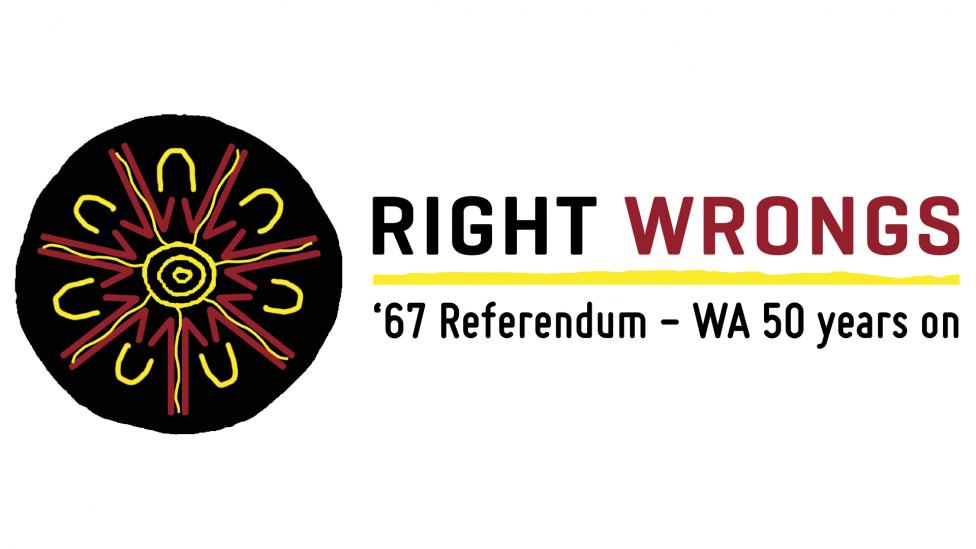 On 27 May 1967, Australians recorded the largest ever ‘Yes’ vote in a referendum to change the constitution. After a decade of campaigning, the 'Right Wrongs, Write Yes' catch-cry  led to a symbolic victory for political and social recognition of Aboriginal and Torres Strait Islander peoples. 50 years on, we are challenged to consider just how far we have come, and where we are going.

Through a unique partnership, Right Wrongs: '67 Referendum explores the significance of this anniversary within the complex history of the ongoing struggle for Aboriginal rights in Western Australia. A major exhibition at the State Library of Western Australia reveals decades of activism through personal stories and powerful objects; satellite displays at the Western Australian Museum's regional sites give local focus as members of the community reflect on the referendum and its meaning; and an educational toolkit developed by the Department of Aboriginal Affairs delves into the archives to present unique and insightful analysis coupled with moving community response.

While there is much still to be done, the 1967 Referendum opened a doorway for change, and shone a spotlight on disadvantage and discrimination.

In connection with the Right Wrongs project, the Western Australian Museum is employing two local Aboriginal people as trainees at the Museum of the Goldfields. The mentorship program will be supported by the National Museum of Australia, National Archives of Australia, and Australian National Maritime Museum. Once training is complete, there will be an opportunity for permanent employment at the City of Kalgoorlie-Boulder.

Right Wrongs: ’67 Referendum – WA 50 years on is proudly supported by the Australian Broadcasting Commission and the National Archives of Australia.

Check each site for opening hours.

The 1967 Referendum was a monumental moment in Australian history.
This complementary online exhibition contains information, photographs, videos and an educational toolkit.