Established in 1993, the Year of Indigenous People, Yirra Yaakin started with one successful funding application, three staff members, and the desire to provide the Aboriginal community with an artistic outlet for positive self-determination.

Since then Yirra Yaakin Theatre Company has evolved into a respected cultural leader and artistic hub for Aboriginal people from all over WA, Australia, and around the world.

The company has commissioned and premiered more than 50 new major Festival presentations like Waltzing the Wilarra, One day in 67, Aliwah, Windmill Baby, andCruel Wild Woman. They have worked with and nurtured prestigious Aboriginal writers including David Milroy, Sally Morgan, Derek Nannup, Mitch Torres and Dallas Winmar, among many others.

Yirra Yaakin’s priority is to ensure Aboriginal theatre remains under Aboriginal control and provides opportunities for Aboriginal artists at all levels of theatre creation and production. Their education and community engagement programs support Indigenous trainees to be mentored, develop skills, and work in the Australian theatre sector.

Partnership with the WA Museum

On 23 November 2012, the Honourable John Day MLA, Minister for Culture and the Arts, announced the creative cultural partnership between the Western Australian Museum and Yirra Yaakin Theatre Company.

This partnership represents a significant collaboration between two organisations that share a common goal; to recognise Aboriginal people as Australia’s first people and to honour and celebrate their heritage, culture and creativity.

Honourable John Day MLA, Minister for Culture and the Arts 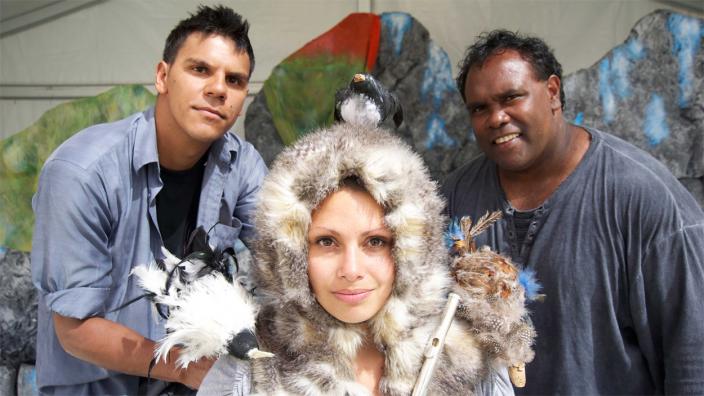 Yirra Yaakin's work has been recognised with awards for theatre, governance and our partnerships, including a prestigious Sidney Myer Award for our record of facilitating Indigenous artistic programs.

Visit the Yirra Yaakin website to see what shows are currently playing.