This unusual dinosaur’s enormous claws, shaped like giant scythes, could stop a tyrannosaur dead in its tracks.

With broad hips and a pot belly, this dinosaur was perhaps the strangest-looking of all dinosaurs. An adult Therizinosaurus is thought to have weighed about 6 tonnes, that’s as heavy as a large Tyrannosaurus rex. It lived in the same area of today’s Mongolia as the notorious Velociraptor, but around 5 million years later. By then a wetter climate had replaced the deserts in which Velociraptor lived. This later, fertile flood plain supported a much larger variety of dinosaurs, including giant forms which were absent in the deserts. 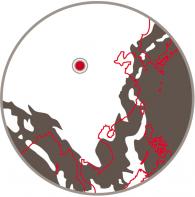 Therizinosaurs appeared 120 million years ago and their remains have been found in Asia and North America. Because these dinosaurs had strange features it took scientists a long time to realise where they belonged in the dinosaur family. They belong to the theropod dinosaur group called maniraptors which also includes birds. All members of this group have long arms and therizinosaurs had hands equipped with the largest claws in the animal kingdom. Their small heads and the shape of their teeth show that therizinosaurs abandoned the meat-eating habits of their theropod ancestors and ate plants.                       

Handy in a fight

The main threat to Therizinosaurus was a huge tyrannosaur called Tarbosaurus bataar. Unable to outrun such a predator, Therizinosaurus would have stood its ground, towering over the tyrannosaur with metre-long claws ready to strike. A frontal attack on an adult Therizinosaurus may not have ended well for this tyrannosaur as it did not have the type of vision for judging distance very precisely that was necessary to avoid being stabbed.

      By examining the shape of the wrist and hip bones scientists have worked out that therizinosaurs are closely related to Velociraptor. 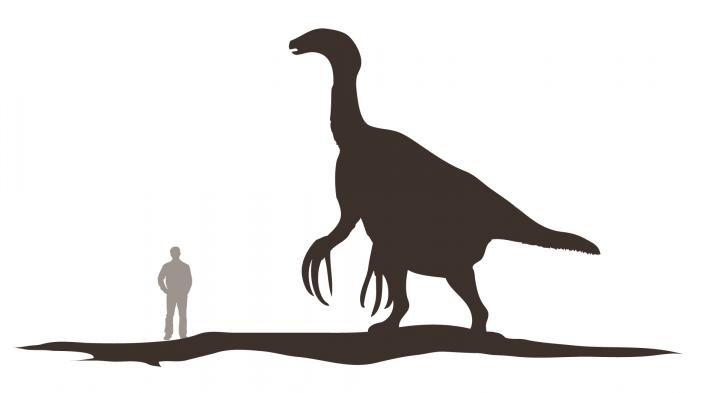