As part of a nationally consistent approach, all cultural and art institutions in Western Australia are closed in the interests of public safety in response to COVID-19. This includes the WA Maritime Museum, WA Shipwrecks Museum, Museum of the Goldfields, Museum of the Great Southern, Museum of Geraldton and Gwoonwardu Mia. 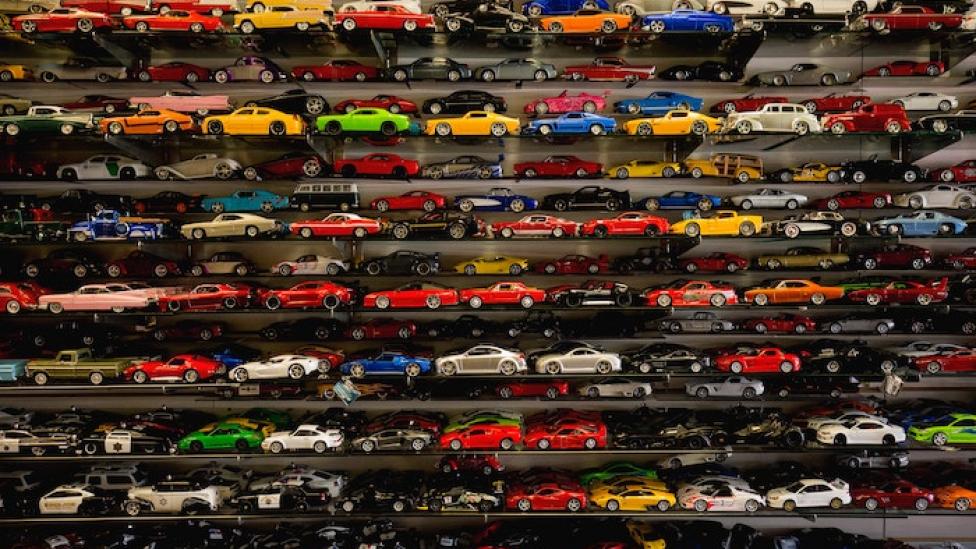 Join us on International Museum Day 2019 as we celebrate the wonderful world of objects and collections! From the private collections of WA residents see the unusual, the rare, and the beautiful.

This showcase celebrates the private and passionate world of collectors and their personal collections...bringing out objects they dearly love, and sharing the story of their journey as a collector. Nostalgic delights, childhood obsessions, the thrill of the find, and what is it that got them hooked on collecting?.

Add to your day by hearing exclusive insights into the world of collecting from a range of special guests.

Collectors Showcase Talks are free, but bookings are required by using the below links or by calling 1300 134 081.

Claudia Chan Shaw on the Art of Collecting Claudia is widely known around Australia as co-host and presenter on ABC TV's popular program Collectors, and is a presenter on Eastside Radio 89.7FM.

Her book Collectomania (2012) explores the world of collectors and their obsessions, celebrating collections both strange and beautiful. Claudia also shares secrets about her own love affair with everything from tin robots to contemporary art.

Join Claudia as she takes us on a journey into the diverse and wonderful world of Australian collecting.

Bio: An author, curator, broadcaster and public speaker, Claudia has curated a number of fashion exhibitions, contributes to design and collecting publications, and is the recipient of an award from the Australasian Writers and Art Directors Association.

She is a cultural tour leader for the Art Gallery Society NSW’s successful series of “Art Deco to Art Now” tours to Shanghai, Miami, Cuba and New York, where she shares her love of history, art and design.

How do you Collect the Performing Arts?

Australia has a rich performing arts heritage – but how do you capture that in a museum collection? Performances do not last beyond their current season – they are ephemeral. The costumes have probably been worked to death and the sets are looking tatty and tired.

With the Kylie on Stage exhibition as a launch pad, join Alison Wishart as she discusses what, why and how we collect the history of the performing arts in Australia.

Bio: Alison Wishart has recently joined the Arts Centre Melbourne as the head of the curatorial team. She has previously worked as a curator or collection manager at the Australian War Memorial and the National Museum of Australia in Canberra and the State Libraries in Queensland and New South Wales.

Some of the first objects through which Europeans imagined Australia came from Western Australia. Shells collected by William Dampier in 1699 went to the UK's Ashmolean Museum and The British Museum. The inscribed plate left by Dirk Hartog on a small island off the westernmost part of Australia in 1616 was later found by De Vlamingh in 1697 and taken to Batavia (Jakarta).

Collecting the West is an ARC funded research program that looks at what objects from both the natural and cultural world have been collected from Western Australia. What do these collections tell us about who we were, who we are and who we can be?

Join Corioli Souter for an illustrated look at some of the marvellous stories and priceless items that define Western Australia in museums for future generations.

Bio: Corioli Souter is a curator in the Department of Maritime Archaeology at the WA Museum and Phd student at Deakin University (Project: Collecting the Sea Making and exhibiting maritime collections from the Indian Ocean in Western Australia). Presented in partnership with City of Fremantle

This event series is part of the WA Heritage Festival.