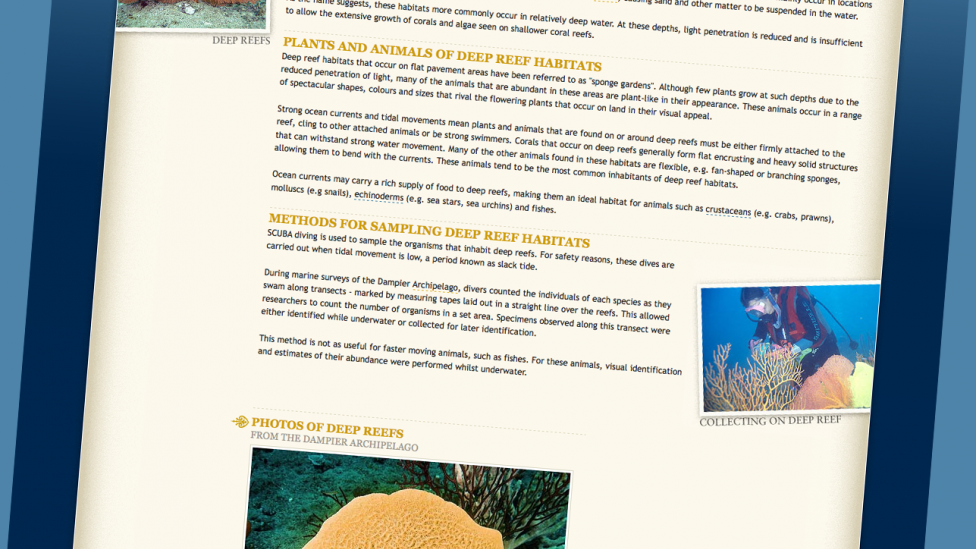 The Dampier Archipelago lies off the north-western coast of Australia, approximately 1550 km north of Perth. Between 1998 and 2000 a partnership between the Western Australian Museum and Woodside Energy Ltd. was formed to survey and collect the marine flora and fauna of the Dampier Archipelago.

This project has lead to an enormous increase in both the number of museum specimens and in the knowledge of the marine species that occur in the Dampier Archipelago. The surveys have resulted in the recording of more than 4,500 species, many new to science. The marine life in the region is now recognised as one of the most diverse in Australia.

This website acts as a central repository to search for species, explore the flora and fauna of the region, and provide activities to learn about this unique area.

One vessel, 476,000 sq km of ocean, 2,500 islands, raging 11-metre tides, astounding unexplored reefs and a plethora of amazing flora and fauna. An entire aquatic universe is waiting to be discovered.

Explore Beneath the Waves now