If you’ve ever walked along the many miles of beach in Western Australia, you may have seen large burrows high up on the shore, near the high tide line and beyond into the dunes. During the day you would be unlikely to find the animal responsible for these, unless you carried out some serious excavating yourself. At dusk, however, you may see the culprits emerge.

Ghost crabs are so named for their generally pale colours and nocturnal habits as well as their eerie ability to suddenly appear from seemingly nowhere and disappear back into the sand as they dart to and from burrows. There are six species of ghost crab in Australia, four of which can be found on mainland Western Australia. Probably the two most notable species are the Horn-Eyed Ghost Crab, Ocypode ceratophthalma (Pallas, 1772) and the Golden Ghost Crab, Ocypode convexa (Quoy & Gaimard, 1824). The Horn-Eyed Ghost Crab is widely distributed in the Indian and Pacific Oceans, and is most easily recognised by the long stylets on top of the eyes. These stylets are longer in mature males and are probably used as part of mating rituals and displays for warding off rival males. The Golden Ghost Crab is endemic to Western Australia and recognisable by its golden yellow colour. Ghost crabs are typically tropical, but the Golden Ghost Crab can be found as far south as Bunbury.

Ghost crabs are semi-terrestrial and may dig their burrows 200 m from the shoreline. As they still breathe using their gills, Ghost crabs still need to return to the ocean periodically to re-wet their gills as well as release their larvae, which swim in the plankton before metamorphosing and returning to the beach. To help avoid drying out they spend most of the day inside burrows, which may be a metre or more deep. At night they leave their home to feed on carrion, molluscs, crustaceans, washed up seaweed and even turtle hatchlings.

The ghost crabs belong to the genus Ocypode which translates as swift foot. An apt name for what is potentially one of the fastest animals on the planet, if you account for body size, of course. The Horn-Eyed Ghost Crab has been clocked at around 7.5 Km/h. Although that doesn’t sound like much, they are actually moving at 100 body lengths per second compared to the fastest human sprinters and the cheetah which can only reach speeds of 11 and 20 body lengths per second, respectively. So, if a ghost crab was of comparable size, they’d be running at something close to 340 and 530 Km/h! 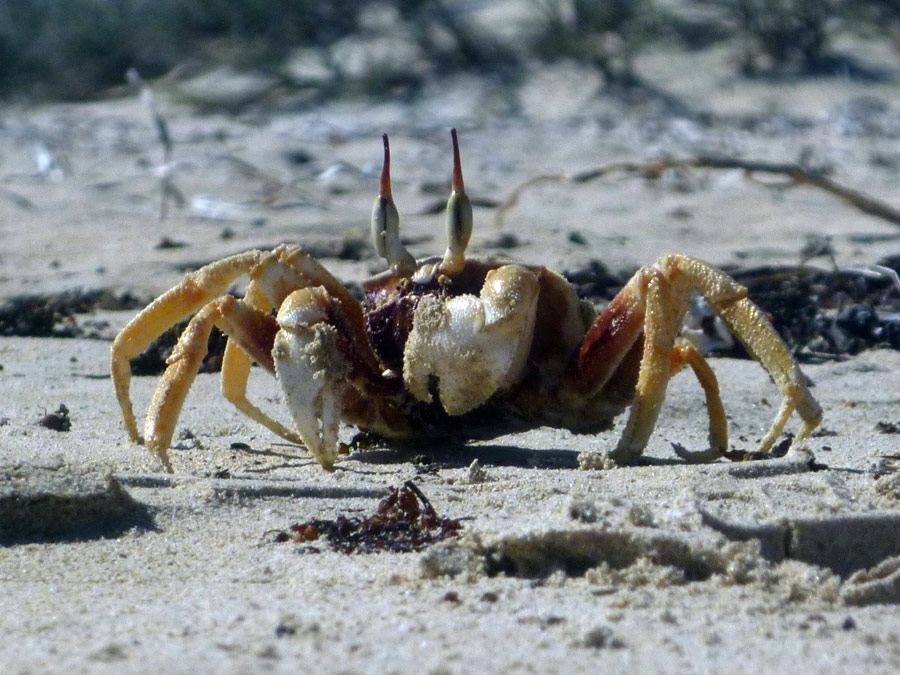 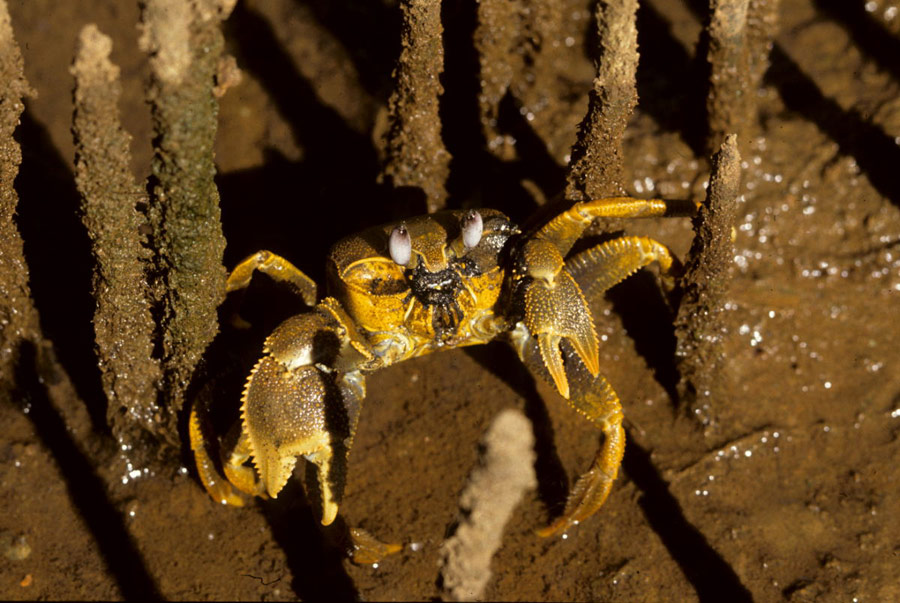