Deinosuchus was the largest predator in North America between 83–72 million years ago.

Deinosuchus riograndenis, an extinct giant relative of alligators, was the undisputed top predator in the rivers and estuaries along the east coast of southern Laramidia — a huge island that formed when the rising sea divided North America into several continental islands. From fossil remains it has been estimated to have grown to about 11 metres in length and weigh 6–7 tonnes, by far exceeding any modern alligator or crocodile.

It was twice as heavy as the largest tyrannosaurs of its time and, as bite marks preserved on dinosaur fossil bones suggest, it preyed on dinosaurs. At this time there were also smaller-sized Deinosuchus, which may be a different species, living along the southern and eastern coast of the island called Appalachia. The evidence that this Appalachian population commonly preyed on turtles include bite marks preserved on fossil turtle bones. 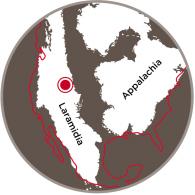 Scientists examining growth rings in the bony plates, called scutes, which were embedded in Deinosuchus skin, found that it gained its giant size by living longer rather than growing faster. Dinosaurs, on the other hand, grew very quickly, reached maturity early and then stopped growing. This difference is thought to be due to their different metabolic rates. Modern dinosaurs (birds) are warm-blooded whereas alligators and their kin are cold-blooded. Crocodiles can go without food for a long time and this may have helped them survive the extinction event that wiped out all dinosaurs, except birds, 66 million years ago.

Scientists often use broad terms, such as ‘crocodyliforms’ rather than the more specific terms ‘crocodiles’ or ‘alligators’, when they describe Cretaceous species. Crocodyliforms had many different shapes and lived in different environments during the Cretaceous. Some, like Kaprosuchus from North Africa, probably lived on land whereas others were fully marine. Most, however, inhabited rivers and lakes. Modern crocodiles, alligators and gharials are less diverse in body shape and habits. 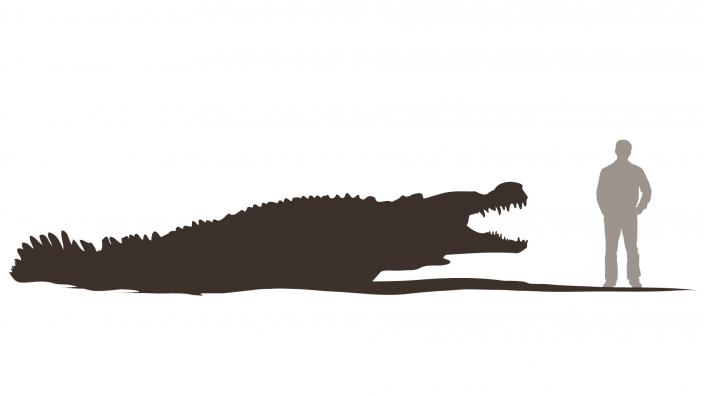