This predator with large, deadly claws is known from one of Australia’s best dinosaur fossil sites.

Australovenator was 5–6 metres long and a swift predator. It is based on the most complete skeleton of any Cretaceous meat-eating dinosaur from Australia. Its bones were found with fossilised sauropod, crocodile, turtle and fish bones as well as shells. Scientists think these animals were buried in clay at the bottom of an ancient billabong, in what is now central Queensland. At this fossil site, in the Winton Formation, dinosaur bones are being found every year. 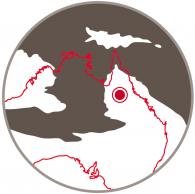 Australovenator belongs to the group of largeclawed carnivorous dinosaurs called megaraptors. This group has proved hard to place on the dinosaur family tree. Some scientists think they are closely related to spinosaurs, others say they are closer to allosaurs and yet others believe their closest relatives are tyrannosaurs and maniraptors. Whoever their relatives, fossils found in Queensland and Victoria, indicate megaraptors were the dominant group of meat-eating dinosaurs in Australia during the mid-Cretaceous. 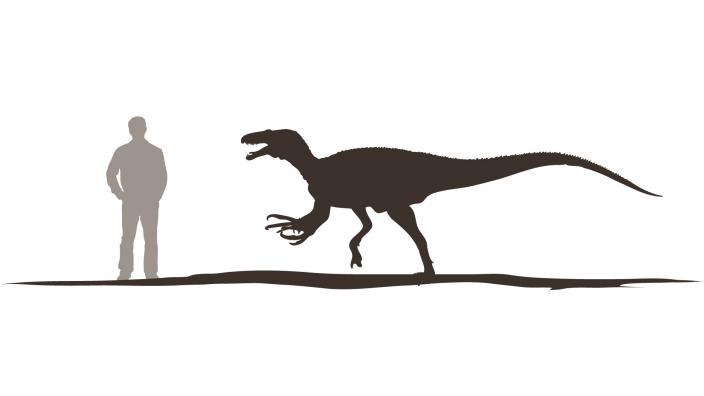 Australovenator’s teeth were not as big as those of tyrannosaurs of the same body size, but its arms were much larger and armed with deadly claws.