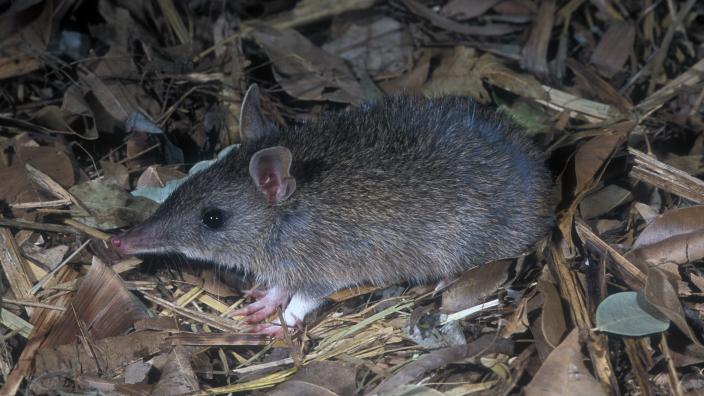 Studying the teeth, skulls and skins of almost 100 bandicoots held in museum collections around Australia and in London has led a scientist from the Western Australian Museum to determine that animals previously thought to belong to the same species of Long-nosed Bandicoots are actually two distinctly different species.

Western Australian Museum Mammals Curator Dr Kenny Travouillon determined that that the dentition from the animals found in northern Queensland, was more similar to the Western Barred Bandicoot from WA than it was to the Long-nosed Bandicoot species found on the east coast of Australia that it was previously thought to belong to. These dental differences were effective in distinguishing two geographically distinct populations, and were supported by differences in skull sizes that corresponded to the different geographic groups.

“Very little is known about the current population of this new elevated species because it hasn’t been widely studied, so we don’t know if it is healthy or not or whether it needs conservation or not,” Dr Travouillon said.

“But this is an excellent example of the importance of museum collections in informing current and future scientific research. Exploring, understanding and protecting our biodiversity is vital for the future.”

Bandicoots are small to medium-sized marsupials that are endemic to Australia, New Guinea and surrounding islands. The Long-nosed Bandicoot, Perameles nasuta, was first described in 1804. The animal previously thought to be a subspecies, Perameles nasuta pallescens, was first described in 1923 and was noted as having lighter-coloured fur on its back, whiter fur on its belly and slightly smaller bullae. The DNA of the two subspecies weren’t analysed separately until 2000 and work since that time concluded the two subspecies may in fact be distinct species.

Some taxonomical books have already recognised what is now called the Northern Long-nosed Bandicoot (Perameles pallescens) as a distinct species. With this research supporting that elevation it is hoped wider recognition will promote further investigation into the status of the current population.