Celebrate astronomy with the Museum of Geraldton 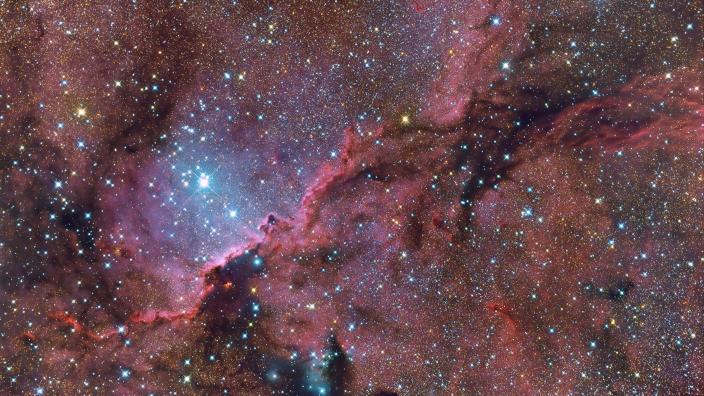 An out-of-this-world exhibition featuring stunning images of star trails, night-scapes, and the solar system will be on display at the Museum of Geraldton from 2 August.

The 2019 Astrofest Astrophotography Exhibition, supported by the International Centre for Radio Astronomy Research, celebrates the best of Western Australian astro-photographers who have recorded stunning astronomical landscape images in locations throughout Western Australia and beyond.

“The number and calibre of entries this year really shows the pool of astrophotography talent here in Western Australia,” she said. “Images in the exhibition cover all categories, from our local solar system with planets, the Moon and Sun, to deep space objects like nebulae and WA landscapes under our night sky.

“Our isolation in WA with little light pollution gives us an incredible view of the night sky, making for perfect conditions for astrophotography. It doesn’t hurt that we have photogenic landscapes wherever you go, the results really speak for themselves in the astro-landscape category in this year’s exhibition.”

Astrofest, now in its 10th year, has become one of the largest science events in Western Australia, and is the only astronomy event of its kind and scale in Australia. There have been 30 exhibitions throughout Western Australia since its inception in 2009 with more than 30,000 visitors enjoying the exhibition to date.

2019 marks the 400th anniversary of Frederick de Houtman and Jacob D’Edel encountering the southwest corner of the Australian continent. Houtman is credited as being the first European to plot the constellations of the Southern Hemisphere, including the Southern Cross.

“The Southern Cross has a special place in Australia’s identity, and celebrating this significant anniversary through astrophotography is a special part of the 2019 exhibition,” Ms Gottschalk said.

Museum of Geraldton Regional Manager Leigh O’Brien said the exhibition isn’t the only astronomy-themed event the Museum has in store.

“This year we’re also excited to host the ‘From the Moon the Murchison’ lecture during the Goodness Festival, celebrating National Science Week. Scientists and engineers from CSIRO and the Curtin Institute of Radio Astronomy will be discussing fascinating and inspiring aspects of astronomy.

Visitors will get to hear about the exciting early discoveries of the Square Kilometre Array pre-cursor instruments, part of the project which aims to build the world’s largest radio telescope to explore the universe, in our own backyard.”

‘From the Moon to the Murchison’ lecture will be hosted at the Museum on Thursday 15 August from 6 – 7pm. The event is free but requires registration at https://bit.ly/2SDoxMn. This event is presented by CSIRO and Curtin University’s Institute of Radio Astronomy. The 2019 Astrofest Astrophotography Exhibition will be on display at the Museum of Geraldton from 2 – 28 August.