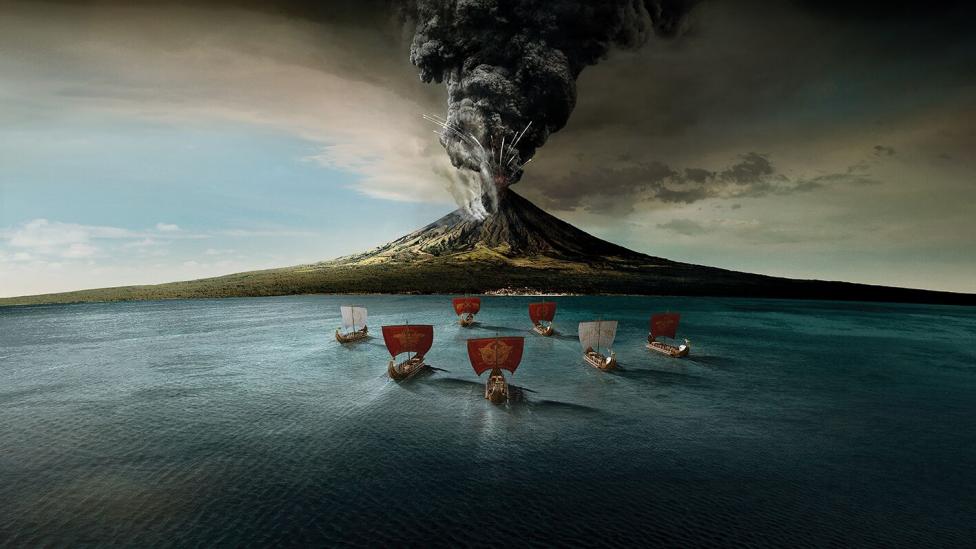 Ashes were already falling, hotter and thicker as the ships drew near, followed by bits of pumice and blackened stones, charred and cracked by the flames; then suddenly they were in shallow water, and the shore was blocked by the debris of the mountain. For a moment my uncle wondered whether to turn back, but when the helmsman advised this he refused, telling him Fortune stood by the courageous....

Escape from Pompeii: the untold Roman rescue has been wowing Western Australian audiences since it opened in September 2017. Now the hugely popular exhibition has been extended until 18 February to give you one last chance to enjoy this rare showcase.

In 79 AD Mount Vesuvius erupted, burying the cities of Pompeii and Herculaneum under huge waves of volcanic ash and debris.

The falling ash, pumice and catastrophic pyroclastic surges, encased and preserved the two maritime cities and the residents who were unable to escape. When excavation began in the area, about 1700 years later, researchers were astounded to find intact the buildings, objects and remains of those who died in one of history’s most famous natural disasters.

The artefacts recovered from Pompeii, Herculaneum and the Bay of Naples provided researchers with evidence of wealth and an extensive maritime trade network. It provided a glimpse into the success of the Roman Empire at the time of the eruption, a time when the Empire controlled the Mediterranean.

As many tried to flee, the Roman Navy attempted to evacuate people affected by the eruption. This exhibition takes into consideration the accounts of Pliny the Younger, the nephew of the commander of the fleet. Pliny the Younger's descriptions follows what he himself observed and experienced, and from what he learned from those who saw his uncle in action.

Through these accounts and rare archaeological artefacts, you are invited to explore the disaster that unfolded as a result of the eruption and learn how the control of the Mediterranean gave the Roman Empire unprecedented prosperity.

Tickets provide entry to both the exhibition and the WA Maritime Museum.

*Education and group bookings can only be made by calling 1300 134 081 or by emailing tickets@museum.wa.gov.au

Give someone a blockbuster experience!

Vouchers provide entry to Escape from Pompeii and are valid for the duration of the exhibition.