The Last Gentlemen of War 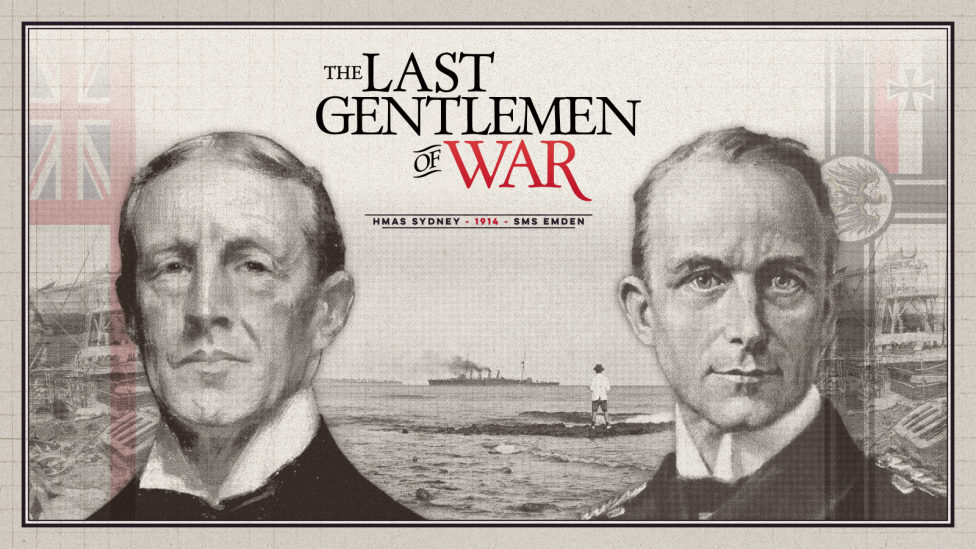 To commemorate the 100th anniversary of the Battle of Cocos (Australia’s successful first naval engagement of World War One), the Western Australian Museum has curated and produced a compelling exhibition that speaks of the tributes that flowed to both the victor and the vanquished.

The Last Gentlemen of War recreates the events of an extraordinary battle in 1914. The first HMAS Sydney met the German light cruiser Emden at the Cocos Islands. It was a decisive victory for the Royal Australian Navy in its first-ever battle at sea.

This exhibition recreates the events surrounding the Battle of Cocos and tells a story of decency, honour and even humour – a stark contrast to the bloody, protracted acts of war that would quickly follow.

This interview was recorded with Annie Boyd, curator of this exhibition, by ABC 720 afternoons.

Interview courtesy of ABC 720 Afternoons.
To request an accessible version of this interview please email onlineservices@museum.wa.gov.au

This project has been assisted by the Australian Government through the Australia Council, its arts body and advisory body.

The Last Gentleman of War

By Train
The WA Maritime Museum is located within walking distance of Fremantle Station visit the Transperth website for timetables.

By Bus
The WA Maritime Museum is serviced by the free Fremantle Cat Service, at Red stop 1. Visit the Transperth website for timetables and details.

By Car
Paid parking is available in the Wilsons car park at the WA Maritime Museum, Victoria Quay Road.

By Ferry
Captain Cook Cruises offer a range of ferry services from Perth which stop nearby at B-Shed ferry terminal.