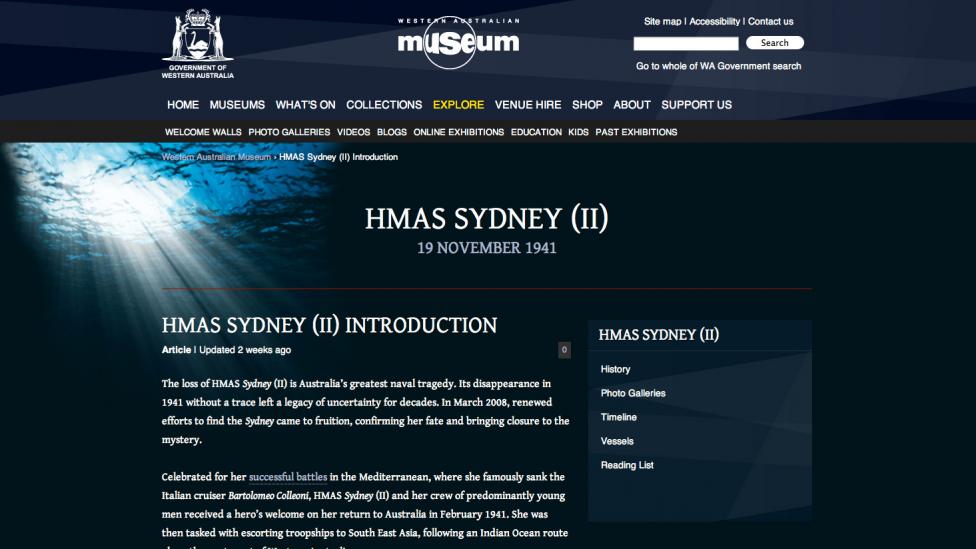 The loss of the HMAS Sydney (II) is Australia’s greatest naval tragedy. Its disappearance in 1941 without a trace left a legacy of uncertainty for decades. In March 2008, renewed efforts to find the Sydney came to fruition, confirming her fate and bringing closure to the mystery.

This website expertly documents the entire Sydney story, from its construction and early battles in the Mediterranean Sea, to its final battle with the HSK Kormoran, and right through to its eventual discovery and the ensuing Cole Inquiry.

This website was developed as both a memorial those who did died on that fateful November day in 1941, and to also provide an educational resource for students to learn about the Sydney tragedy.