From Beef to Reef The Maritime Cultural Landscape of Robb Jetty

This report investigates the maritime cultural landscape of Robb Jetty, south of Fremantle in Western Australia—an area that began predominantly with an industrial focus associated with the meat trade before evolving into a recreational beach. A maritime cultural landscape consists of uses and perceptions of the maritime environment, including tangible and cognitive aspects. A number of factors has brought about change at Robb Jetty by  influencing human activity and vice versa. This thesis illustrates how perceptions of Robb Jetty and the nearby cultural features, including the tugboat Wyola, associated barge wreck, and ‘Horse and Rider’ statue, have changed since the jetty’s construction in the 1870s to the present day. It also demonstrates that the heritage significance of this area is lost on contemporary perceptions as the public are not informed about the history of these features. It is important that signs or plaques are made available so that future perceptions incorporate an understanding of the historical background of this area and its significance to Western Australia. 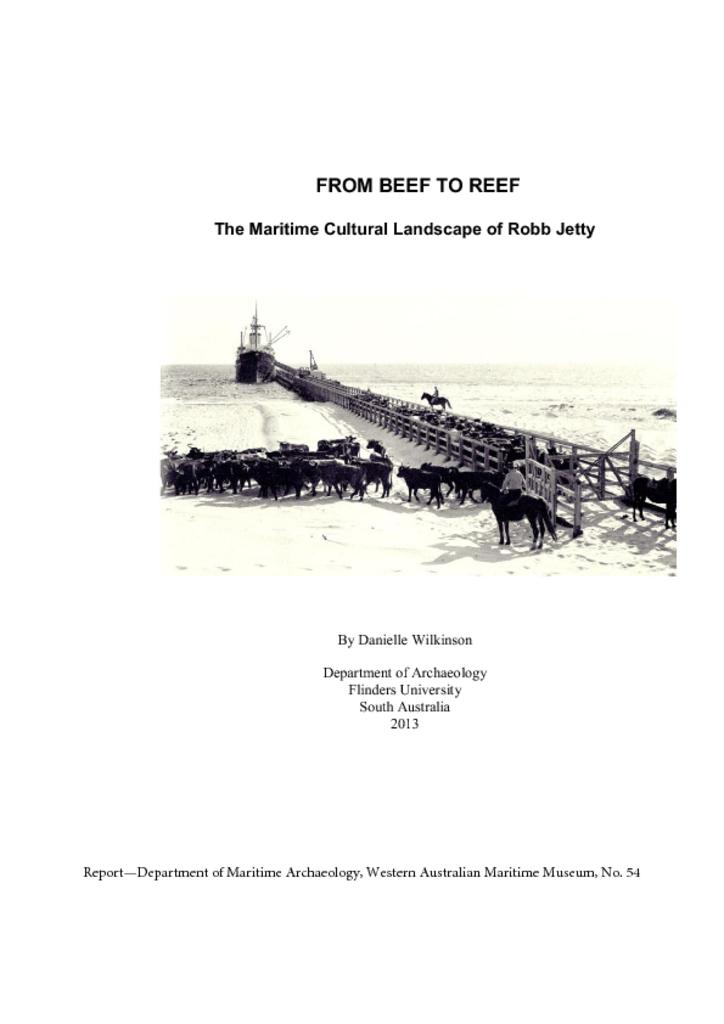 From Beef to Reef The Maritime Cultural Landscape of Robb Jetty