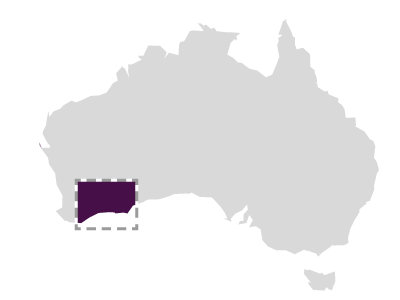 Belinda was built at Yarmouth with one deck, copper fastened and with iron knees. No dimensions apart from the tonnage are known, but it was stated as having a draught of 13 ft (3.96 m) when fully loaded. It was owned by J. Lee and was under the command of Captain Thomas Coverdale with a crew of 25. The brig was armed with two guns. The Belinda had arrived at Hobart on 12 November 1823 after a disastrous voyage from England, during which it suffered a considerable amount of damage. Both masts were lost, the galley and boats swept away by boarding seas, and two seamen and a boy were drowned. However, the cook who had gone overboard when the galley was washed away was saved. The subsequent repairs took three months. After being repaired the Belinda sailed to Sydney. On 17 May 1824 the Belinda under command of Thomas Coverdale and with John Hassell as mate departed that port for the south coast of Western Australia to hunt for seals.

THE LOSS
The exact circumstances into the wrecking of the Belinda in Goose Island Bay are not known. The newspaper reported:
We are sorry to announce the loss of the brig Belinda, Captain Coverdale, which vessel sailed from hence for the seal fishery, in Bass’s Streights [sic], on the 17th May last. On the 18th of July last this fine brig was unfortunately stranded on Middle Island, one of the archipelago of Recherche to the Westward of New Holland. Providentially the captain, officers, supercargo, and crew, were saved – with a poor supply of provisions or stores, the whole of which were nearly lost. Having preserved two of the boats, an attempt was made to reach Sydney from the wreck, but, after proceeding nearly 200 miles, one of the boats swamped near the shore. They then came to the determination, as the denier resource, of making back to the place from whence they started, attended by the remaining boat. The Nereus being fortunately out sealing in that direction, fell in with our hapless countrymen, when reduced to the utmost distress in the absence of provisions, which was all consumed – having, for a long time, been existing on an allowance so scanty as scarcely to admit of prolongation of life – but a Gracious Providence has delivered them! (Sydney Gazette, 17 March 1825: 2d).

As reported the crew got ashore safely, and on 8 December were picked up by the brig Nereus (Captain Thomas Swindells), also sealing along the south coast, and taken to Sydney. They arrived in Sydney in early March 1825, the Nereus having collected 3 500 seal skins at Kangaroo Island on the voyage eastwards. On 15 March 1825 Captain Swidells wrote to the Colonial Secretary, Frederick Golbourn, in Sydney:
I beg leave to acquaint you that on the 8th of December last at Middle Island on the South West Coast of New Holland I took off Twenty Six British Subjects being the late Crew of the Brig Belinda, Thos. Coverdale Master – which Brig was totally wrecked on the said Island – and I enclose you a Certificate of having Victualled and brought the said Crew to Sydney – and request that you will be pleased to direct the usual remuneration to be paid for such Service.

On 12 April the Colonial Secretary authorised the payment after requesting and receiving a ‘nominal return’ of the crew on board the Nereus, together with their dates of joining and discharge from the vessel.

Four weeks after landing in Sydney Captain Coverdale boarded a ship (the Hope), which sailed on 29 March for England.

INITIAL SALVAGE
The following year the schooner Liberty (40 tons, Captain Young) returned to Sydney from a sealing expedition with 1 500 fur seal skins and two tons of salt. It also had on board some copper, iron and two of the anchors salvaged from the wreck of the Belinda. These latter items were subsequently sold at auction. The salt most probably had been obtained from the salt lake on Middle Island for use in preserving the skins.

In 1989 small traces of what had been molten lead were noted during a wreck inspection by staff of the Department of Maritime Archaeology, Western Australian Museum, and it was considered that the crew of the Liberty may have partly burnt the hull of the wreck in an attempt to salvage some of the metal hull fastenings.

SITE LOCATION
The wreck of the Belinda was discovered in 1989 by Graeme Henderson during the Museum expedition. The wreck lies at the eastern end of the sandy beach on the north side of Middle Island, some 30 m from the shore in 3–4 m of water on a sand bottom.

SITE DESCRIPTION
In 1989, a 12 m by 6 m section of part of one side of the hull was visible lying in 3 m of water, with the lower section coppered and the upper hull covered with sacrificial pine boards. The position of the timbers shows that the wreck had come to rest with the keel shoreward and the deck facing the sea.

A wreck inspection in 2001 by maritime archaeologists from the Museum found no indications of any timber remains of the Belinda, but two concretions were noted. It was considered that the timbers had been covered by sand, a condition that appears to happen frequently at this site.

EXCAVATION AND ARTEFACTS
In 1989 a number of artefacts were collected by maritime archaeologists from the wreck of the Belinda, including copper pennies, musket balls, cannon balls, copper sheathing, timber samples, rigging fragments including rope and pulleys, clay pipes, shoes, buttons, glass bottles, and various other items.