Introduction
On 6 May 1984 a vessel was intercepted by the Royal Malaysian Customs while engaged in looting a wreck site near Mersing , State of Johore, Peninsular Malaysia. This was the first public announcement relating to the wreck site which is now thought to be the Risdam. There followed a brief expedition to the site by the Muzium Negara and a Royal Malay Navy diving team, which recovered over 110 tin ingots, 40 elephant tusks and other material. Later, material recovered by the looters and impounded in Singapore, was returned to Malaysia by the Singapore authorities (five tin ingots and 61 elephants tusks) .

In September 1985, this author was invited by the Muzium Negara to carry out a survey of the wreck site in order to confirm that the wreck was that of the Verenigde Oostindische Compagnie (V.O.C.) ship Risdam and to make recommendations regarding future work on the site. The expedition included staff of the Muzium Negara, divers and naval personnel from the Royal Ma laysian Navy, commercial contract divers, together with Jo Buckee, Warren Blake and the crew of the Four Friends and Dr E.V Gangadharam, a geologist-geochemist of the University of Malaya in his capacity as Honorary Curator of the Muzium Negara. The survey, initially scheduled for a week, was sub sequently extended to a fortnight. Professor Jaap Bruijn of Leiden University briefly joined the expedition for two days.

The objective of the project was not to carry out any major excavation work, but simply to determine the extent of the site, its state of preservation and its identity. 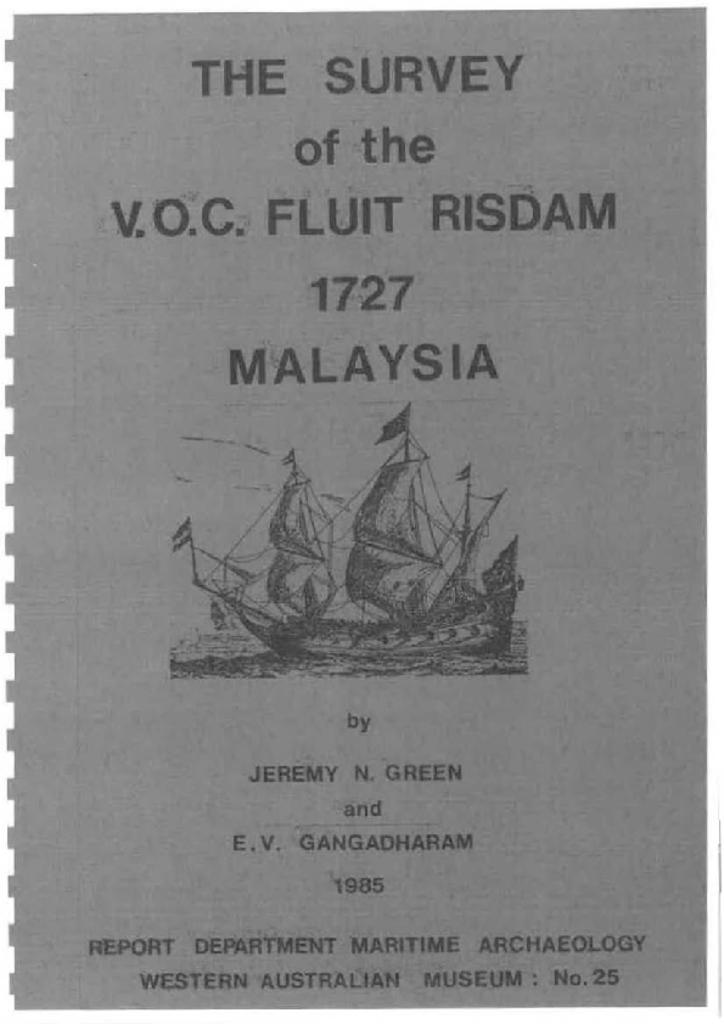