Report on the Inspection of the de Freycinet Land Camp, Shark Bay, 2005

Abstract
French explorers are synonymous with the history of Western Australia; many explorers mapped the coast and made detailed studies of the flora, fauna and celestial bodies on their voyage around the coast. One notable explorer was Louis de Freycinet whose voyage on the vessel L’Uranie became more famous from his wife’s presence, and her letters, which chronicled their voyage around the world and their stay in Shark Bay.

The purpose of the survey expedition was to; research, identify and survey the Uranie campsite using non-disturbance methodology; increase the knowledge of the de Freycinet’s and their camp; protect the de Freycinet campsite on the Peron Peninsula by informed recommendations on the future of the site; and, determine whether more field operations should be conducted. The survey was conducted using a Leica total station and photography to map the artefacts found earlier and recovered by the finders; map the main features of the site; and, to then determine an area for protection. These aims were achieved. The site was also determined to be one of the Uranie landing sites and as such has been recommended for protection under the State Maritime Archaeology Act 1973. Further recommendations have been put forward including the possibility of test excavations at certain locations and the investigation of associated archaeological sites. Public awareness and access issues have also been addressed. 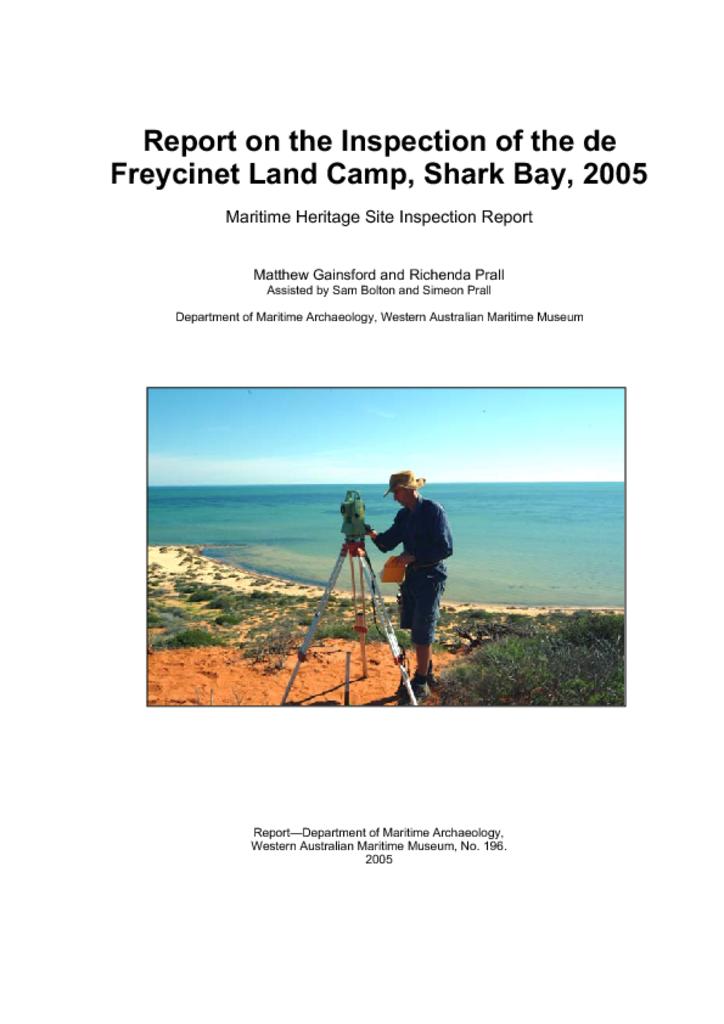 Report on the Inspection of the de Freycinet Land Camp, Shark Bay, 2005