Introduction
In October 29 of 1628 the flagship of the Dutch East India Company (VOC) Batavia in command of Fransisco Pelsaert left Holland and set sail for the capital of the Dutch East Indies Batavia. It never reached its destination but was wrecked on the Houtman Abrolhos June 4 of 1629 on the coast of Western Australia. The massacre that took place there became one of the most atrocious stories in Maritime History.

When the Batavia site was discovered in 1963, one of the first things observed was a large amount of shaped sandstone building blocks. During the excavation between 1972 and 1976, 137 blocks were recovered from the site, in all 37 tonnes (Green, 1975).

Mason's marks on the drums indicated the sequence for what appeared to be columns, the drums were marked from B2 till B8. The blocks for the pediment, the top of the facade, were unmarked and they had to be fitted by trial and error. Because the individual blocks were so heavy initial attempts to match the blocks were disappointing.

A 1:10 scale model was made and now it became much easier to try and play around. Soon it became apparent that they fanned part of a portico facade of a classic Tuscan order. In the Maritime Museum in Fremantle an iron construction was made to support the rather soft building blocks. Thus, no block was weight-bearing, the load of the block abovc being taken by steel plates.

There are a number of blocks that do not fit into the reconstruction of the portico. There are for example eight small blocks that could form two small windows. Archival research had to be carried out to detennine what the facade was intended for in the Dutch East Indies. The facade is rather big and therefore it was thought most likely to be meant for an important building. 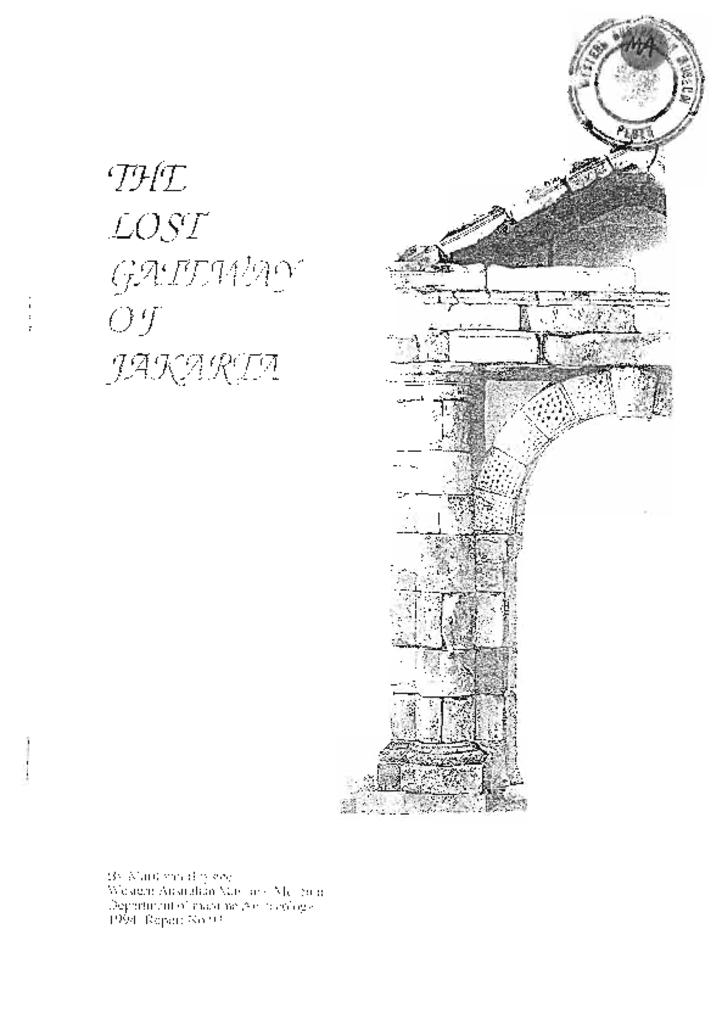