Double-sided banner painted on silk; of the "AMALGAMATED SOCIETY of ENGINEERS / KALGOORLIE BRANCH" made by G. Tutill, 83 City road, LONDON. Complete with packing box and carrying poles. Collected from The Trades Hall, Kalgoorlie. Donation arranged by Mr D Spence. The label from the inside of the box sent to Perth to be photographed. October 1981, the storage box was inadvertently destroyed by Conservation Department. "Made in England in the Tutill workshop in 1906. The front of the banner is Shaples' 1851 design for the Amalgamated Society of Engineers in Britain. George Tutill's was a banner making company in London. It made banners and ceremonial regalia for unions, friendly societies and the like in Britain and overseas. Tutill had patented a method of impregnating his woven silk banners with rubber to facilitate rolling and storage. It is a sign of the Kalgoorlie Branch's prosperity that it was able to commission a Tutill banner."

The WA Museum is in the process of digitising its collections. This record may not have been reviewed by curatorial staff and may be inaccurate or incomplete. Research departments are continually working on these collections by adding new objects and reviewing existing content when new information is made available.

Enquiries can be emailed to reception@museum.wa.gov.au 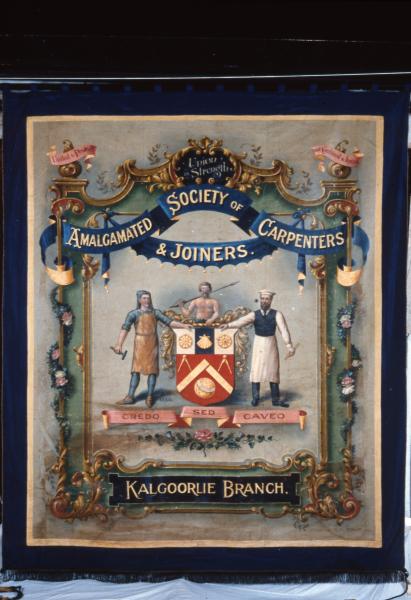 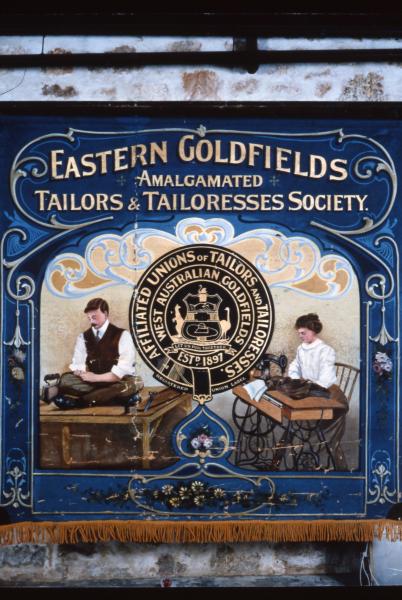 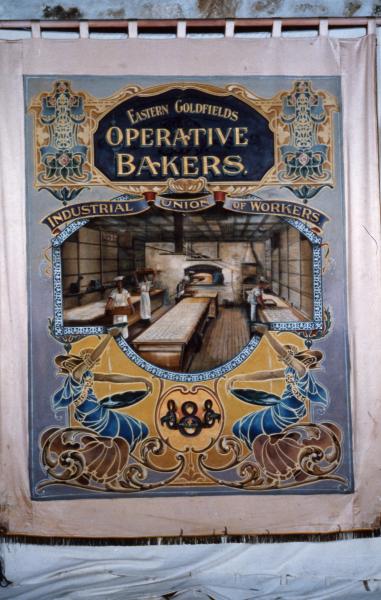 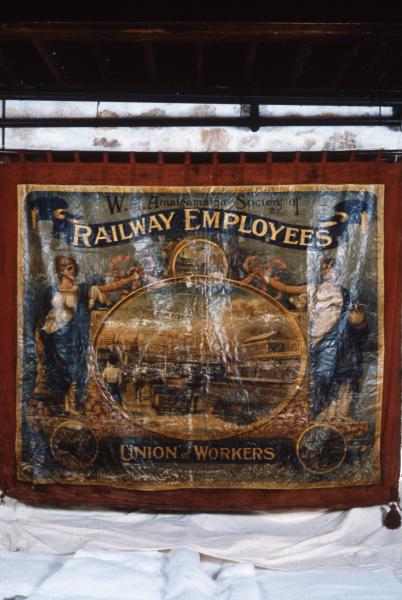 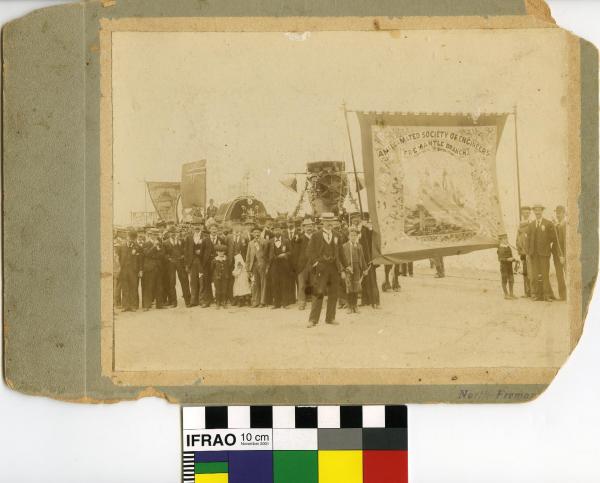 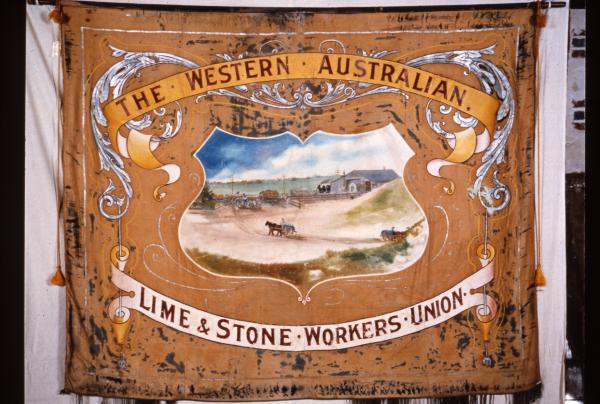 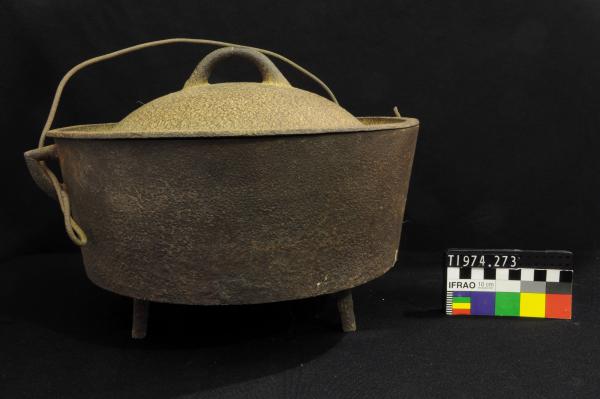 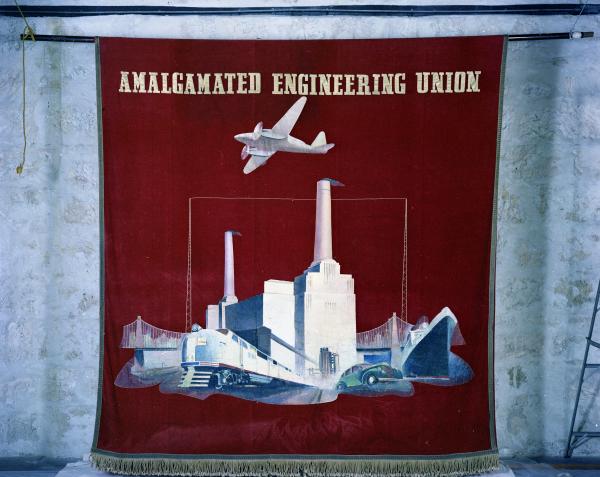 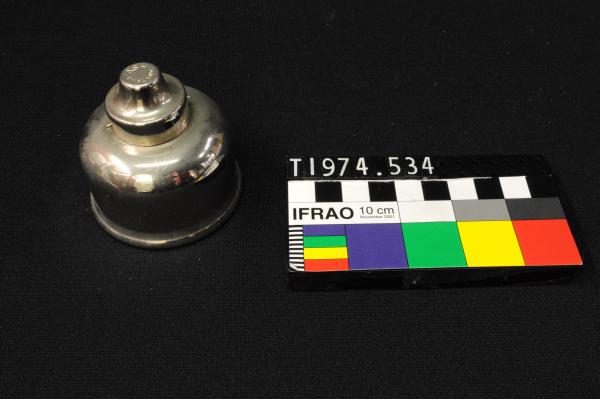