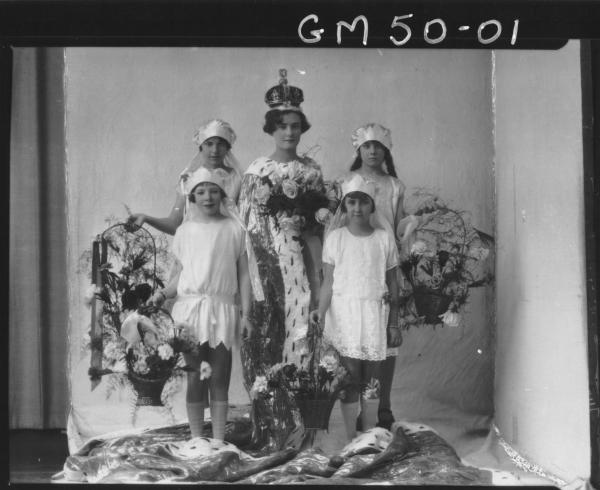 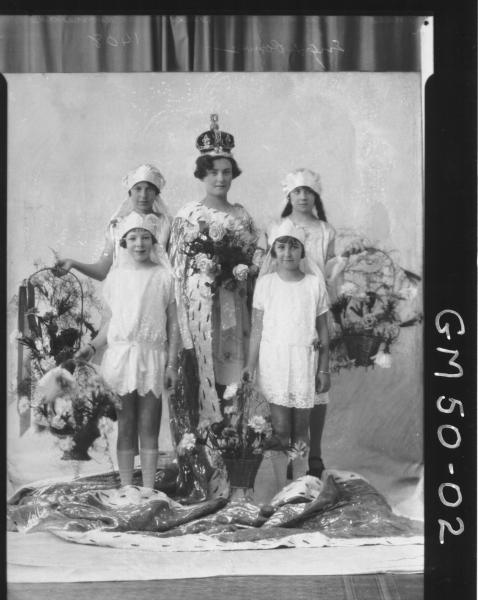 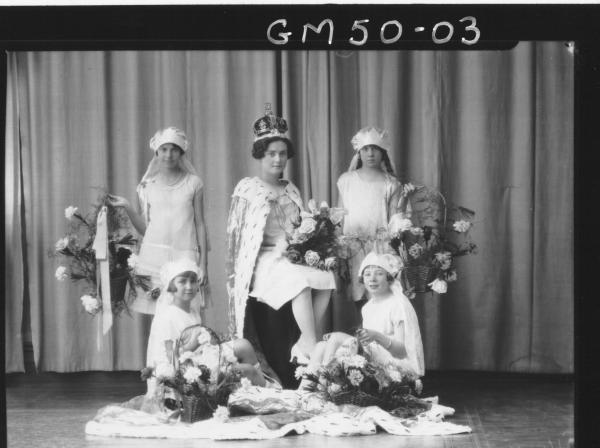 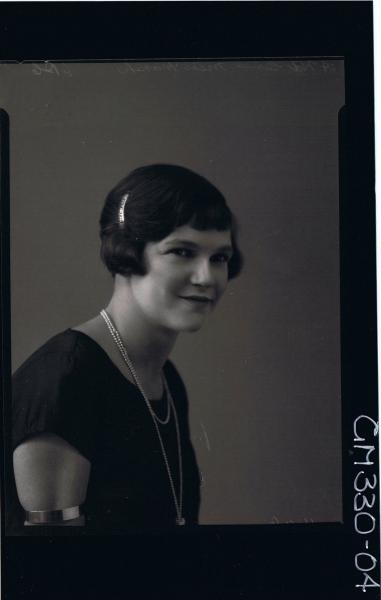 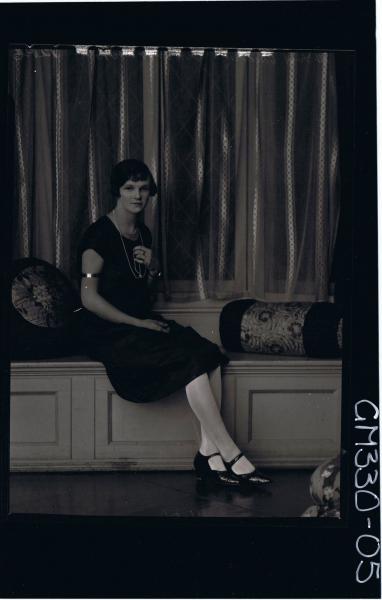 Group portrait of men with roll and lists registration Committee, petition of separation, one mile long, copy of petition sent to the Queen. See extract from Western Australian Readings Ed Cameron Jaggard pp 177 - 178. Extract photocopied and stuck to back of card.

(17/5/88 - Moya Tamblyn suppled the following - Miss Essie Thompson (No."P") was sister to Mr. David Thompson (snr.) who worked as accountant (?) for "Kalg. Electric Tramways" for many years - well in to 1940's. He was a church elder - Presbut Boulder. Essie taught dancing on the huge wooden 3 sided verandahs which surrounded the large brick residence at 11 King St. Boulder (opposite thhe Queen's Methodist manse). The Thompson home was once a Doctor's residence and was owned later (1980s to early 1990s?) by Irene and Don Tonkin and was somewhat of a showplace.

Essie provided music for dancing lessons byy playing the violin and I have steong memory of her using the bow to admonish any errors! The Thomsons retired to Perth and in later years Essie joined the widowed Mrs. Hope Thomson in sharing a home in the city. They joined an inner city church (The People's Evangelical). Mrs. Thomson (nee Warnecke) was a school teacher before her marriage. As an elder of the local Presbyterian Church she was interested in youth work and ran Bible class. She was coached in math and was generous with her extensive libray. Many a young person was enriched by her wisdom. Essie did around early 1980's

The Thomsons were old and very respected Boulder citizens. They had four children - David (Mac.) Lindsay, Hope and Crystal.

F/L portrait of fancy dress group (9); woman dressed as Queen with crown and long velvet robe seated in centre with group of other women, girls and one boy posed around her. Queally

F/L portrait of fancy dress group (9); woman dress as Queen with crown and long velvet robe standing in centre with group of other women, girls and one boy posed around her. Queally