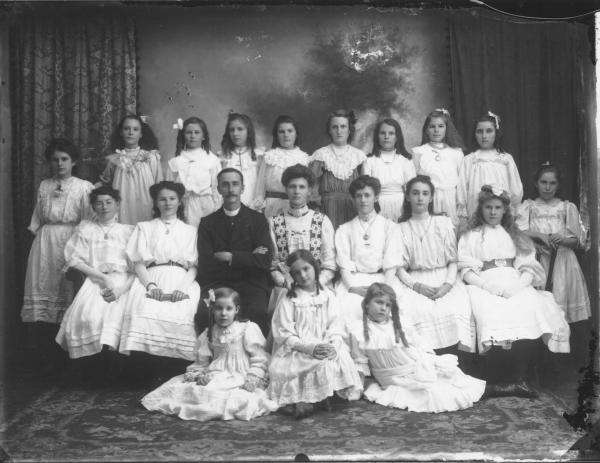 Group portrait of Minister and teacher with girls all wearing different dresses typical of the era.

live at 'Little Sisters of the Poor' to a great age.