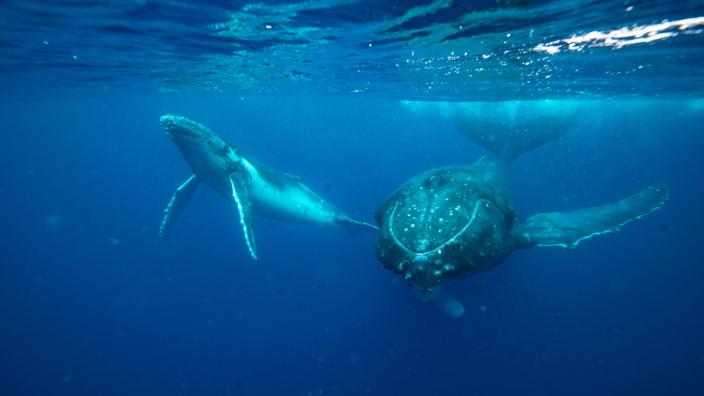 One of the greatest animal migrations on the planet takes place along the Western Australian coast every year. From the Kimberley’s Camden Sound to the freezing waters of Antarctica, this 6,500km route is taken by some of the largest animals on Earth, Humpback Whales.

The WA Maritime Museum is showcasing this extraordinary migration in a superb immersive film experience, Under the Dome: Whale Super Highway. This 180-degree cinematic adventure takes a stunning look at the life of these gentle giants as they make their journey.

“By the 1960s, commercial whaling had reduced the number of Humpback Whales in Western Australian waters down to just a few hundred,” Mr Coles said.

“In an extraordinary recovery, WA now has the largest number of migratory Humpbacks in the world, with more than 35,000 making their way to Antarctica and back.

“While this 180-degree movie celebrates the resurgence of the Humpback Whale, it also questions why their larger relatives, Blue Whales, have sadly diminished.”

The film was created using an underwater submersible, with only a glass dome separating the two-person crew from these giant mammals.

Director, writer, and producer, Julia Redwood of Prospero Productions said the crew went to great lengths to ensure the vision, audio, music, and narrative combined in a way that would capture emotions and attention for the duration of the documentary.

“There are tender moments between a mother and her calf, and incredibly rare views of different species of migratory whales passing by in a remarkably short space of time,” Ms Redwood said.

“It was important for us to capture the majesty of these moments and give audiences a real sense of what life is like in their world.

“The film’s fundamental message is the interconnectedness between whales and the health of the ocean. We hope it conveys the importance of protecting and preserving this essential ocean route for these mammals to prosper.”

The Under the Dome: Whale Super Highway immersive experience is suitable for all ages and will be showing until September 2020. For more information and tickets, visit http://museum.wa.gov.au/museums/maritime

To watch a trailer for Under the Dome: Whale Super Highway, visit https://www.youtube.com/watch?v=rXVeMUUyb9U