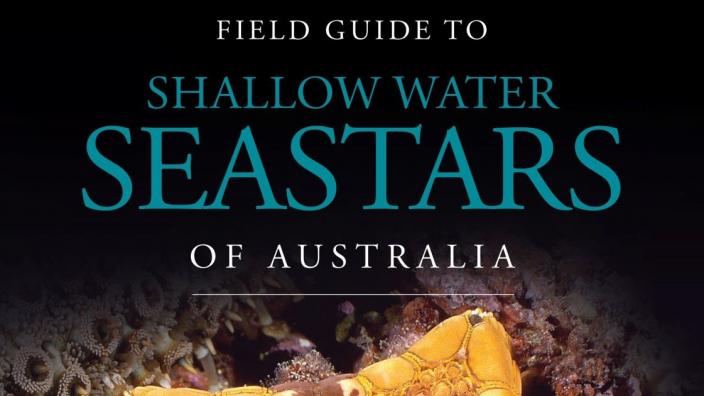 “The lack of echinoderm taxonomists in Australia has made documenting this fauna extremely important,” Mr Coles said. “Loisette has painstakingly captured some 60 years of research, knowledge, and understanding of WA’s massive coastline in this one field guide.

“Loisette’s colleagues are incredibly proud of her many achievements and are indebted to her as a scientist and pioneer in her field.”

The Museum’s Head of Collections and Research Di Jones said Field Guide to the Seastars of Australia captured Loisette’s meticulously documented field notes throughout her career, which began shortly after graduating in 1956 with a Master of Arts in Zoology.

“Loisette scuba-dived from 1958 to 1994, and has dived, snorkelled and reef-walked on coral reefs from the Tuamotos to Mauritius, including a four-year stint in Fiji, and participation in one of the Indonesian Rumphius expeditions to the Moluccas,” Ms Jones said.

Ms Marsh joined the Museum’s Department of Marine Invertebrates (Zoology) in the 1960s, and produced field notes from her biological expeditions to far-flung coasts of Western Australia – which led to her having a vast, detailed appreciation and knowledge of WA's coastline.

“Loisette took part in dive surveys of Western Australian coral reefs, from the Abrolhos to the Kimberley, the shelf edge atolls, as well as Christmas and Cocos (Keeling) Islands,” Ms Jones said.

“The numerous specimens collected by the expeditions were also curated and documented, mostly by hand, in the vast Museum registers – these specimens were fundamental in the formation of the WA Museum’s Aquatic Zoology Collections.”

Ms Marsh continued her research at the WA Museum after she retired in 1993, concentrating on echinoderm taxonomy.

“She is a remarkable scientist and colleague, and we are grateful this field guide is a culmination of the knowledge she acquired throughout her esteemed career.”

Field Guide to the Seastars of Australia, co-authored by WA Museum Emeritus Curator Loisette Marsh and Research Associate Dr Jane Fromont, is available for purchase at the WA Museum’s online store https://museum.wa.gov.au/store/museum-books/fauna/field-guide-shallow-water-seastars-australia and at the WA Maritime Museum in Fremantle.