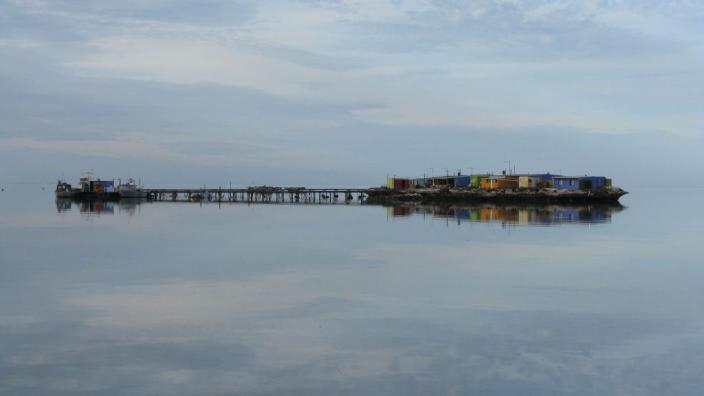 A poignant photographic exhibition focusing on the effects of climate change as seen through the eyes of Abrolhos fishers has won a prestigious award for the Western Australian Museum and its partners.

On display over the Christmas and New Year period at the WA Museum – Geraldton, Seeing Change: A photographic story from Abrolhos fishers won the award for Best Temporary Exhibition under $20,000 at the Museums and Galleries National Awards (MAGNAs).

“This exhibition evolved through the development of a shared understanding between fishers, scientists and the community of the values and issues affecting the Abrolhos Islands, the rock lobster fishing industry and the island’s communities over the last five to ten years.

“The WA Museum is as much about embracing today’s history as it is the past. It’s about exploring what it means to be Western Australian. This chapter of fundamental change within the Abrolhos Islands’ western rock lobster fishing community is an important Western Australian story with many universal themes. It is a very worthy winner of a MAGNA,” Mr Coles said.

Curtin University researcher Jenny Shaw initiated the project with the WA Marine Science Institution to encourage a greater interest in regional climate change science using Photovoice; a technique that gives participants a voice through the lens of a camera.

“Photovoice is an inclusive, interesting and fun way of enabling a community to consider, document and comment on issues where individuals within a community may have different viewpoints,” Ms Shaw said.

“The combination of the fishing community’s own photographs and words, alongside scientific data captured over recent years, tells a poignant and powerful story in that community’s own voice.

“As a research technique it also proved very successful in galvanising the community to explore views about environmental and social change, with the potential to increase knowledge about climate change science and talk about it in the community,” Ms Shaw said.

Seeing Change: A photographic story from Abrolhos fishers will be on display at the WA Museum sites in Albany from 26 June to 21 July, and at the Maritime Museum from 7 September to 24 November.