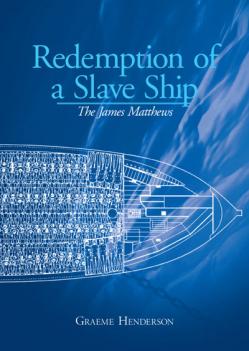 Redemption of a Slave Ship: the James Matthews

In 1807 the Atlantic slave trade was made illegal. However, over the next fifty years, millions of kidnapped Africans continued to be transported unwillingly to the sugar plantations of the New World. The James Matthews, a wreck discovered off Fremantle, had sailed under the name of Don Francisco during those dark years of the illegal slave trade, and the wreck is the best-known example of a slave ship from that time. Through meticulous research in Africa and the Americas, in London and Australia, the author tells not only the story of the ship, but those of its passengers, slaves, slave traders, immigrants and ships crew.

Redemption of a Slave Ship is a tragic account of the people who lived and died on the vessel, and the story of one of Australia’s most significant shipwrecks.