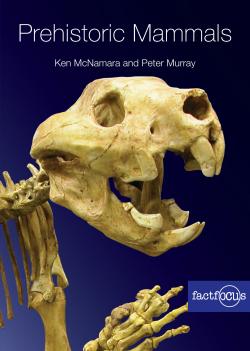 In 1909 a rich accumulation of many thousands of bones were excavated from Mammoth Cave in Australia’s south-west. Many of the bones far exceeded in size any modern-day native mammal, evidence that in prehistoric times giant mammals had roamed the Australian bush. It was a treasure trove, a time capsule of mammal megafauna.

The mammals that lived tens of thousands of years ago included a marsupial the size of a buffalo, large kangaroos more than two metres tall, wallabies much bigger than any living species, a marsupial ‘lion’ about the size of a leopard, giant echidnas and wombats, plus the thylacine (Tasmanian tiger).

What did these extinct animals look like and how did they live? And how did they become extinct in a relatively short period of time? This book provides a guide to the major larger extinct mammals that once inhabited the landscape.