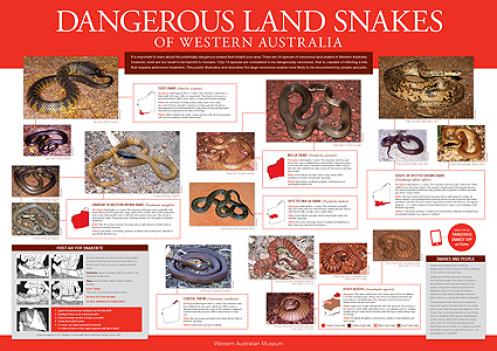 It is important to learn about the snakes that inhabit your area. There are 54 species of venomous land snakes known to inhabit Western Australia. Of these, the majority are venomous but considered too small to be harmful to humans. But there are 14 snakes that are considered dangerously venomous, capable of inflicting a bite that requires antivenom treatment.

'Dangerous Land Snakes of Western Australia' is also available as an iphone app from the itunes store.