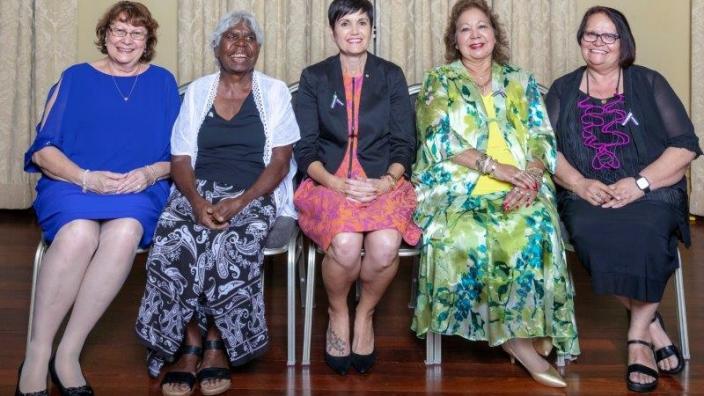 The Western Australian Museum congratulates Irene Stainton, Chair of the WA Museum’s Aboriginal Advisory Committee (WAMAAC) and member of the Museum’s Board of Trustees, on her induction into the WA Women’s Hall of Fame for outstanding service to preserving Aboriginal cultural heritage in Western Australia.

Chair of the WA Museum’s Board of Trustees, Emeritus Professor Alan Robson, said Ms Stainton’s unwavering commitment to cultivating greater understanding of Aboriginal people and their culture had been exemplary.

“Irene has dedicated more than 20 years of service as Chair of WAMAAC and nine years serving on the Museum’s Board of Trustees,” Mr Robson said.

“Through these positions, she has advised and assisted the Museum on best practice in the management of Aboriginal cultural material, ways to engage with Aboriginal and Torres Strait Islander communities, and the promotion of the WA Museum in its endeavours to include peoples in the planning, design and delivery of Museum activities.”

Ms Stainton said the WA Museum is a strong advocate for recognising the rights of Aboriginal and Torres Strait Islander peoples as the First Peoples of Australia.

“The WA Museum is committed to ensuring there is meaningful engagement with, and inclusion of, Aboriginal and Torres Strait Islander peoples in everything that it does,” Ms Stainton said.

“The Museum doesn’t just talk about inclusion and participation, it practices it at every level and this has provided an important platform through which Aboriginal communities and cultures can be better understood.”

Ms Stainton said it had been a privilege to advocate for Aboriginal people in the areas of health, employment, the protection of cultural heritage, and in culture and the arts, for more than 40 years.

“As a proud Nyoongar woman, I am deeply honoured to be inducted into the WA Women’s Hall of Fame and I hope to contribute to lives of Western Australians and this great State for many years to come,” she said.

The WA Women’s Hall of Fame was first established in 2011 in recognition of the Centenary of International Women’s Day held annually on 8th March.