The Vikings are here! Real Viking Age artefacts at the WA Maritime Museum 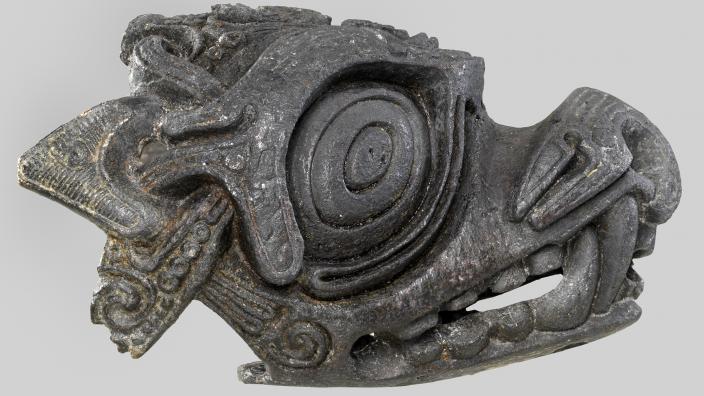 The largest collection of authentic Viking artefacts to ever come to Western Australia is now on display at the WA Maritime Museum in Fremantle!

The international touring exhibition Vikings: Warriors of the North, Giants of the Sea offers a fascinating glimpse into the dramatic world of ancient Vikings at home and abroad.

Developed by the National Museum of Denmark and Museums Partner, Vikings explores the incredible Viking legacy. It also aims to distil some of the myths about Vikings (for instance they didn’t wear horned helmets!) and accurately depict Viking peoples’ domestic life, religion, craftsmanship, as well as raiding and trading culture.

Western Australian Museum CEO Alec Coles said the displays and stories also give an insight into the lives of Vikings as warriors, traders, farmers, great engineers, shipbuilders, and seafarers. It includes the role of women within Viking society as talented artisans, matriarchs, traders, caretakers, and explorers.

“This is an exhibition that brings Nordic stories to life and depicts the lives of the real Vikings. As well as experiencing the well-known legends of Vikings as great warriors and seafarers, it showcases how the Viking Age had a major influence on the development of many parts of Europe and the world,” Mr Coles said.

“It is an extremely interactive exhibition with opportunities to challenge yourself and test your skills, but there are also nearly 150 authentic objects dating back to the 7th Century CE (AD).

“The priceless artefacts include weapons, jewellery, ceremonial and religious items, tools and ancient currency. They showcase the true stories of Vikings and the stories that turned these Nordic people into heroes of myth and legend.

“I encourage everyone to head to Fremantle this summer and visit Vikings. The City of Fremantle and surrounding businesses are supporting this exhibition with some fantastic events, so why not book an overnight stay and make a weekend of it!”

Vikings: Warriors of the North, Giants of the Sea is on display at the WA Maritime Museum until May 2021. Tickets are on sale now through museum.wa.gov.au/vikings