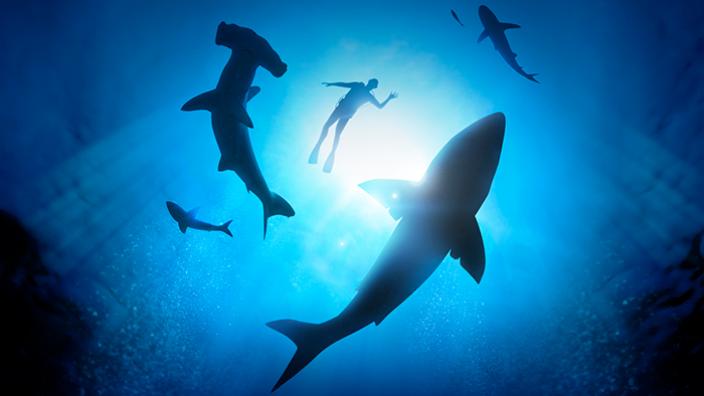 From this Saturday the WA Maritime Museum is shining a light into the world of some of the most misunderstood animals on Earth, sharks.

Western Australian Museum CEO Alec Coles said the Museum’s latest exhibition Planet Shark: Predator or Prey, developed by Grande Exhibitions with assistance from experts in sharks, aquariums, and ocean cinematography, travelled through Europe and the US with a determined focus on creating a greater understanding of these incredible animals.

“Museum visitors have long been enthralled by our distant past, particularly through exhibitions featuring dinosaurs. What many may not know is that sharks have also been around for millions of years, and can claim to be some of the oldest and most successful creatures on Earth,” Mr Coles said.

The exhibition showcases authentic teeth and jaws from some of the biggest sharks on Earth, full-scale shark models cast from real animals, and fossil teeth and cartilage up to 370 million years old. It also gives visitors a multi-sensory cinematic experience into sharks’ underwater world.

“The exhibition is designed to be interactive and informative, and also to challenge our perceptions of sharks,” Mr Coles said. “These animals have maintained their rank as one of the ocean’s apex predators for millions of years, and this exhibition examines their biology, hunting strategies, and sensory systems.

“Much of the content in Planet Shark is Australian, including the story of Rodney Fox who pioneered shark cage diving after surviving a shark attack, and went on to supervise filming of the live underwater sequences for the hit movie Jaws.”

Planet Shark examines facts behind human-shark encounters, but it also considers their protection and survival. While the exhibition does not dismiss the fact that entering the sharks’ environment requires caution, it does encourage a better understanding of the relationship between humans and sharks.

“To a large degree, popular culture has contributed to our fear of sharks, which is why the opportunity to visit an exhibition like Planet Shark will go a long way to better informing ourselves, dispelling a few myths and, hopefully, changing our perceptions,” Mr Coles said.

“There is an excellent example of this in the exhibition with a quote from Peter Benchley, the author of Jaws, who says: ‘I see the sea today from a new perspective, not as an antagonist but as an ally, rife less with menace than with mystery and wonder.’”

Planet Shark: Predator or Prey has been made available by Grande Exhibitions, with Principal Sponsor Santos, and Supporting Partners Singapore Airlines and Garden City.

For further information on the exhibition and ticket purchases visit museum.wa.gov.au/planet-shark.