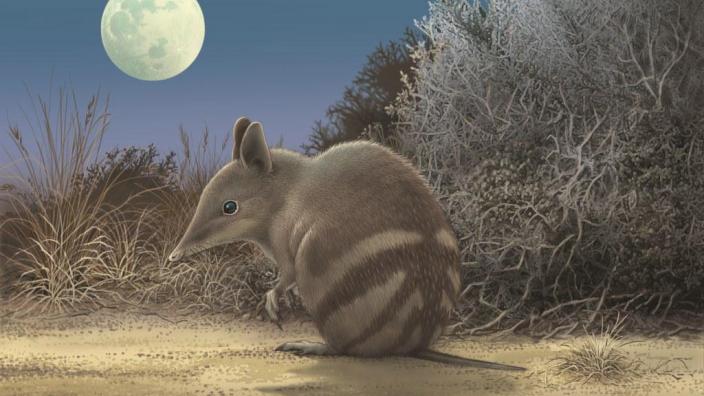 Dr Kenny Travouillon, Curator of Mammalogy at the Western Australian Museum and lead researcher in this study said the findings are significant, and open the door to describing further species within this order of marsupial mammals endemic to Australia, New Guinea and surrounding islands.

“Using a new combination of DNA and morphology data we have been able to resolve some of these issues and as a result discover more about the evolution of this order of marsupials.

“For example, many people will have seen the Quenda (Isoodon obesulus fusciventer), a bandicoot familiar to Perth backyards. For more than 150 years the Quenda had been thought to be a subspecies of the Southern Brown Bandicoot (Isoodon obesulus) from the east coast of Australia, when in fact our research shows that it is a distinct species and more closely related to the Golden Bandicoot (Isoodon auratus) endemic to WA and found on Barrow Island and throughout the Kimberley.

“We also re-evaluated the Western Barred Bandicoot (Perameles bougainville), a species now only found on islands near Shark Bay, and we found that it is in fact a complex of five distinct species. Four of these species had been named in the 1800s, but we described a new species from the Nullarbor region, the Butterfly Bandicoot or Nullarbor Barred Bandicoot (Perameles papillon).This is a new species that went extinct between 1920 and 1960, as a result of feral carnivores spreading west,” he said.

The complete report Total evidence analysis of the phylogenetic relationships of bandicoots and bilbies (Marsupialia: Peramelemorphia) by Dr Travouillon and Associate Professor from Queensland University of Technology Matthew Phillips was recently published in Zootaxa and can be viewed here http://www.mapress.com/j/zt/article/view/zootaxa.4378.2.3