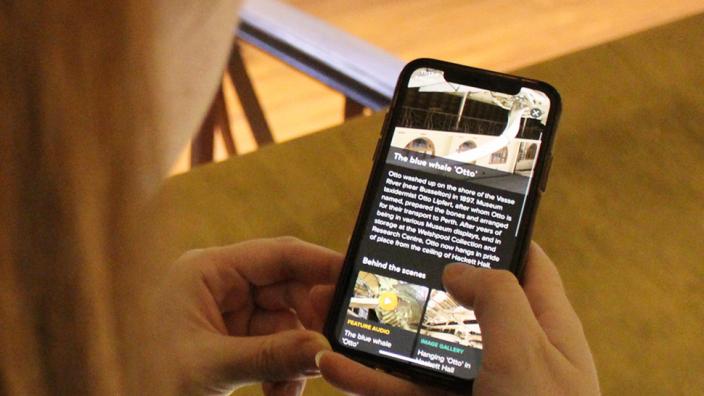 Named ‘Gogo’ the guide provides a huge amount of additional information about 250 specially selected items in the Museum. It allows visitors to take a ‘highlights’ tour around each of the eight exhibition galleries, or explore the stories behind the collections in much more detail.

Why is it called Gogo? The guide is named after some of the Museum’s most significant exhibits – the Gogo fish fossils from the Kimberley. These fossils are critical to the study of vertebrate evolution and known to scientists and researchers around the world. One of the Gogo fish – Mcnamaraspis kaprios – is WA’s State fossil emblem.

The Gogo app is available for free download to your own Apple or Android device. If you don’t have a device, one can be hired from the Museum’s information desk. The app was developed by Art Processors, a company which creates immersive digital experiences for galleries and museums around the world.

“This innovative new platform is more than just an audio guide, it is almost like having a curator in your pocket. It provides visitors with a deep dive into fascinating facts and amazing stories, even using cinematic soundscapes to enhance the experience," Ms Simondson said.

“There is also special behind-the-scenes content, including how WA engineering specialists were able to so spectacularly suspend the four-tonne skeleton of Otto the blue whale from the ceiling of the heritage-listed Hackett Hall.”