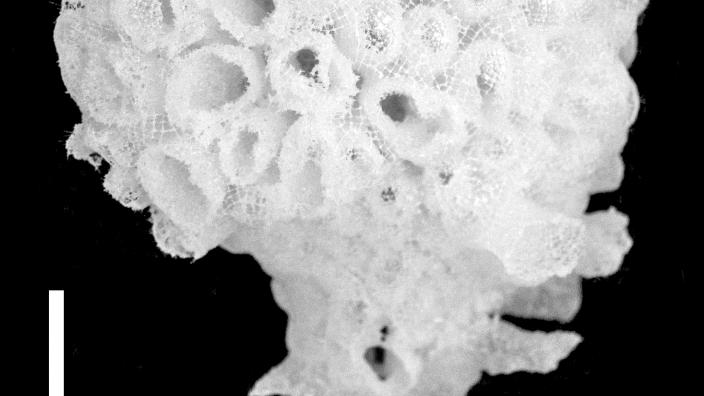 A biodiversity expedition to the Perth Canyon Marine Park – described by international experts as one of Australia’s subsea treasures – has discovered five new species of deep sea glass sponges, exciting scientists about the prospect of further exploration and future discoveries.

The Perth Canyon is roughly the length of the Grand Canyon in Arizona, is twice as deep and lies about 20 kilometres west of Rottnest Island. With depths extending beyond 4000 metres, exploration of the canyon’s floor is impossible without the use of sophisticated deep sea vessels and research equipment.

“The R/V Falkor is a modern vessel with state-of-the-art technology that used a remotely operated vehicle to collect specimens deep in the canyon where these new species of glass sponge were found,” Dr Fromont said.

Dr Fromont said glass sponges (Class Hexactinellida) are animals that only occur in the deep sea.

“They are named glass sponges because they produce ornate, complex skeletons by filtering silica from seawater and converting it to the chemical composition of glass.”

Surviving for hundreds, even thousands of years, Dr Fromont said these creatures create stable structures on the seabed that other animals live and shelter within, making them critical for maintaining deep sea biodiversity.

“Having survived for so long they also act as archives of important geochemical data, providing invaluable recordings of environmental data and change, another reason to continue exploring the richness of the ocean floor.”

Because the R/V Falkor was instrumental in this discovery, Dr Fromont said one of the species is named in its honour, Calyptorete falkorae – which is only the second species of this genus known in the world. The other four new species are Amphidiscella hosiei, Rhabdocalyptus gomezi, Farrea ritchieae, and Farrea hieroglyphica.

The published paper can be viewed via the following link, mapress.com/j/zt/article/view/zootaxa.4664.1.2/30674. For information on Schmidt Ocean Institute research schmidtocean.org/cruises.

The Western Australian Museum will be exploring another of Western Australia’s deep sea canyons in 2020, the Cape Range Submarine Canyon off Ningaloo. This will be the first biodiversity assessment of that canyon, again made from the research vessel R/V Falkor.